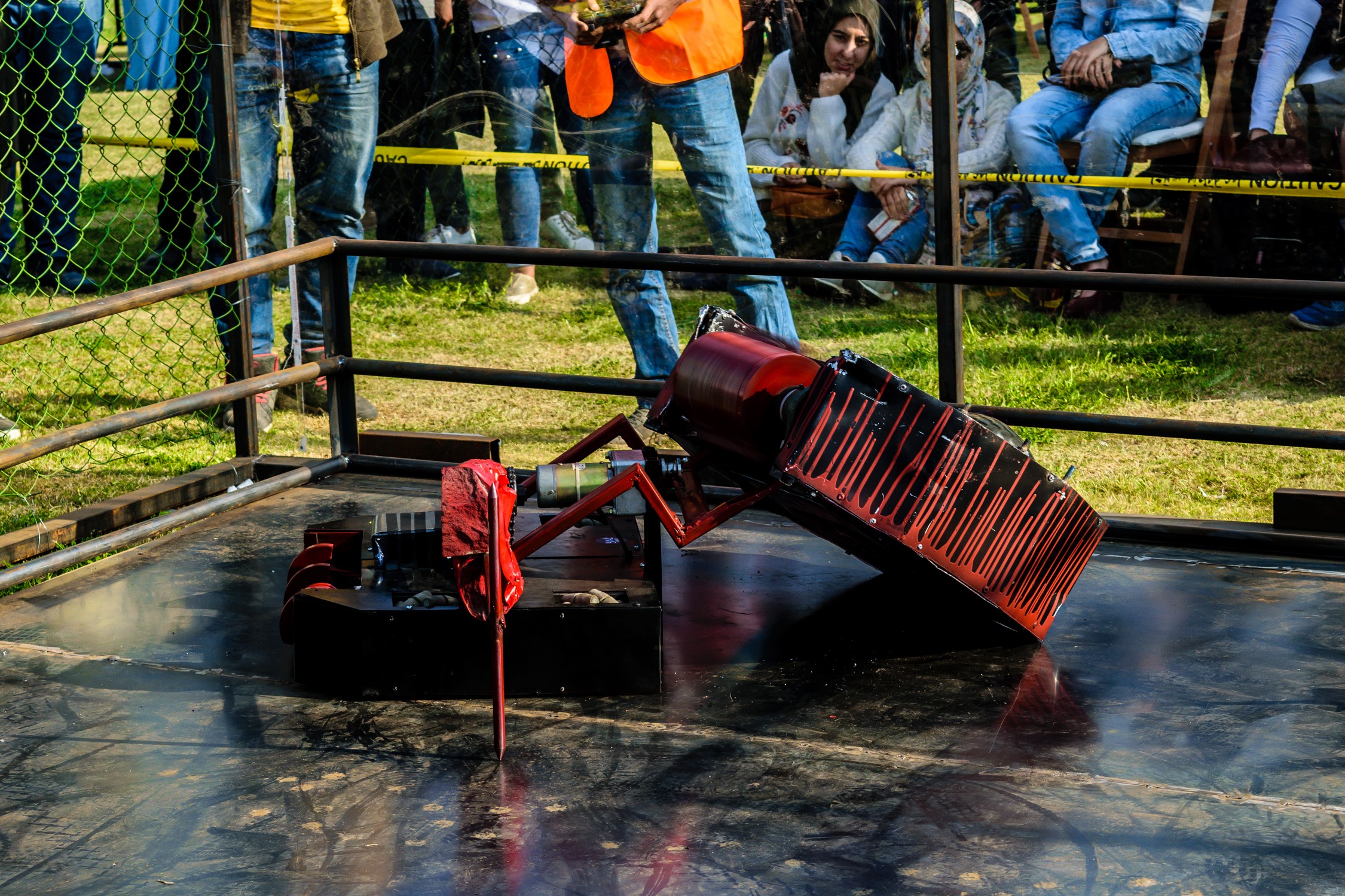 Metal Monsters Fight Game is an interactive category from Metal Monsters that aims to share the experience of robot fight interactive game for amateurs that take place to be at shopping malls, clubs, and gaming zones.

Metal Monsters Fight Game match is contested by two players at once, anyone can participate in the game from any age or background, the player can use a manually operated controller by bluetooth via mobile phone to control a light weight robot game.

Each player controls the robot using the manually operated joystick in opposition to another pilot.

The winner is decided by knocking out the opponent robot or having the highest points.